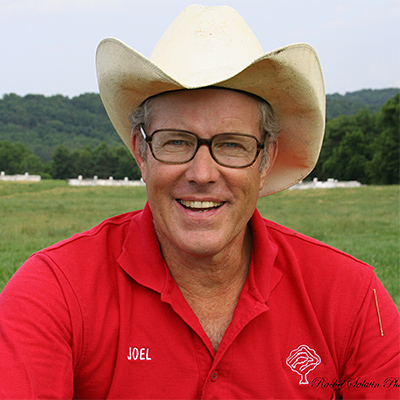 I've been waiting a decade to write this column. I'm always squeamish about touting something too early. Like friend and fellow pastured poultry enthusiast Andy Lee always said: “I don't want to hear ‘I'm gonna;’ I want to hear ‘I did.’”

How many times have businesses or well-spoken visionaries described "gonna" and everything falls off the rails before it happens? Or it runs out of steam or out of money or the concept doesn't work. The point is I'm pretty conservative about making announcements too early, so I've sat on this one almost to the point of embarrassment but it was worth the wait. Do I have your attention now? Good.

More than 10 years ago a bright-eyed visionary youngster named Dan Kittredge button-holed me at a conference and told me his plan. Well bred, his parents edit and produce the New England Organic Farmers' Association newsletter. He grew up around organics, foodies, and local food branding and marketing. Over the years he became more and more distrustful of the federal government's organic certification program as a final answer to authentic food. While not perhaps a naysayer of the federal organic program like I am, he saw the minimalist thresholds as being nutritionally weak. The program asks for no lab analysis of nutritional quality. The testing that has been done comparing pastured to organic in eggs, poultry, and livestock consistently shows superiority in the pastured sphere.

I remember as the grass-finished beef movement gained steam Allan Nation predicting that some day there would be independent tastings and certification programs for our product just like exists for wine. Allan equated grass-finished beef with the wine industry. I'm not sure the awards programs and independent standards of excellence have played out like Allan envisioned, but I do know that variability is the bane of our industry. That was an issue Allan harped on and I felt the sting of it more than once because I knew our own variability was an Achilles heel.

Those of us well-versed in the grass-finished beef movement love Fred Provenza's contributions to our understanding of taste and nutrition. Canadian Mark Schatzker brings complementary taste and nutrition connections to the table. When you add in the work of our favorite tasty beef guru, Anibal Pordomingo, and our Gearld Fry protegee, Allan Williams, we have an all star cast offering science, intuition, history, and messaging to identify critical factors in well-produced grass-finished beef.

The result is a hodge-podge of production protocols. In general, the best grass-finished beef according to foodie awards comes out of the arid Northern states like Idaho and Wyoming. As much as anything, that's probably a result of highly mineralized soil and generally dry (not washy) forages. Perhaps even temperatures that create more stress- free days than other areas.

For those of us who don't live there, how do we duplicate the results? What's the right level or right kind of protocol to get the same results? If you're like me, I just knock around trying to get it as right as possible, but I'm never sure. As long as customers are happy 98 percent of the time, I figure I'm in the ballpark. But could I do better?

Is a set of generally accepted protocols the best we can do? This was the question haunting Dan Kittredge and the one he wanted to solve. Kittredge surmised that if an empirical test to determine quality could be created, then each of us could measure against a standard and customize our protocols to our place. Maybe the weak link on one farm is heat stress, so investing in mobile shade or silvopasture is the next step. On another farm, perhaps forage brix is the weak link so accelerating mineral and organic matter accumulation in the soil is the next step.

Kittredge eventually founded the Bionutrient Food Association dedicated to the idea that regardless of protocols, we should all be producing the most nutrient-dense food possible. Coupled with that is the notion that the market will pay more for nutrient- dense foods. And of course the assumption is that nutrient density varies dramatically from carrot to carrot, or T-bone to T-bone. Furthermore, Kittredge envisioned the ultimate Uberization for determination: an affordable handheld device that could identify the nutrient density of products.

If you're a fan of "NCIS" and Abby's crime lab, you're familiar with her ultra- computer called a mass spectrometer. She can feed it a drop of paint and it'll tell all the ingredients. She can put in a piece of paper and it spits out every compound involved in the paper-making process. This is real technology we already have.

Kittredge wondered if such technology could be micro-duplicated to a hand-held device, and if it were, what would "nutrient dense" ingredients look like. In other words, it's not enough to just know what's in a food item; it's only meaningful if you know whether those ratios, or rates of expression, are excellent, fair, or poor.

He needed not only the data, but a database against which to compare any similar food item to know how it rated. This multi-year project, as sci-fi sounding as it seemed to me back in 2007, is now entering the realm of possibility. So first, let me give kudos to this enterprising young visionary; we need more like him and I congratulate him on his tenacity through multiple set-backs, both scientific and financial. In 2017 his team built the first real usable and successful prototype hand-held spectrometer. In his words, "this is the first hand-held, consumer-level tool designed to allow anyone to assess relative food quality in real time." It's called the Bionutrient SpectroMeter.

Building a lab to consolidate and test results, this year his team released its first data to prove the concept and verify their long-held hypothesis of variations in seemingly identical food products. The results are astounding. Kittredge says "as far as we are aware, this is the first of its kind in scope and depth. The findings were more astounding than even I had anticipated."

They aren't doing meat yet. They're starting with simple things. One item was iron in spinach, which is touted as a good source of iron by dieticians worldwide. Measured in parts per million, they found spinach leaves varied from almost 0 to nearly 1400, a variation of 1800 percent. As Kittredge points out, "depending on how a given carrot or leaf of spinach was produced, this means it could have 4-18 times more nutrients than one produced poorly. To be conservative, if we were only to consider the low end of the data, it means that one high quality carrot would have the same nutritional value as four low quality carrots."

As if that wasn't enough to raise eyebrows, he added, "When we looked at the more complex health-giving compounds like antioxidants and polyphenols, the variation was even higher: between 75:1 and 200:1. In the real world, this would mean that the best carrot we sampled had in it the same total amount of polyphenols as 200 of the worst carrots we sampled." The obvious question, as you eat that carrot for lunch, is this: what kind of carrot am I eating?

For all of us who have wrestled with subjective inspectors, compromise and adulteration in the government organic program, animal welfare certification weirdness and the rest of these supposedly independent third party programs, what Kittredge and the Bionutrient folks are attempting is nothing short of paradigm-breaking. The Savory Institute launched its Eco-Verified program a couple of years ago and is trying to get traction by measuring soil cover and health. That data collection, as scientific as it is, still allows for significant subjectivity. This spectrometer system, however, is far less subject to human biases. It puts the consumer in the driver's seat without regard to certification agencies, paperwork, or government inspectors. It's far closer to pure science and measures what is first and foremost in the consumer's mind: am I getting what I'm paying for? Imagine the value of one good carrot versus 200 poor ones.

A nationwide voluntary effort using citizen scientists shepherded by Kittredge and his team is now accumulating data to create benchmarks. The spectrometer cannot tell you what is good or bad unless it knows the benchmarks, and that can only be established from thousands of samples. That's where the project is right now.

Imagine if a consumer could walk down a supermarket aisle, or at farmers' market, whip out this cell-phone sized monitor, wand the item, and know in real time if it's better or worse than standard. That would be a game changer, and that is where this is headed. That's why I call this the ultimate Uberization of food choices. Empirical measuring, in real time, gets rid of certification agencies, inspectors, and paperwork.

While it's true that it may not measure some aspects that are important in the marketplace, like worker treatment, animal treatment, or soil development, I would suggest that the actual nutrient content will reflect practices that touch many of these peripheral practices. And it would be hard to cheat.

Anyone who loves authenticity and honesty should be excited about this development in the good food space. Undoubtedly it will create some embarrassment. Some of us may find out that our products are not as good as we thought. But at least we can know who has the best, visit them, share information, and all float our boats to a more consistently valuable level. That's reason to celebrate.