Nutrition per acre - a new measure of farming success 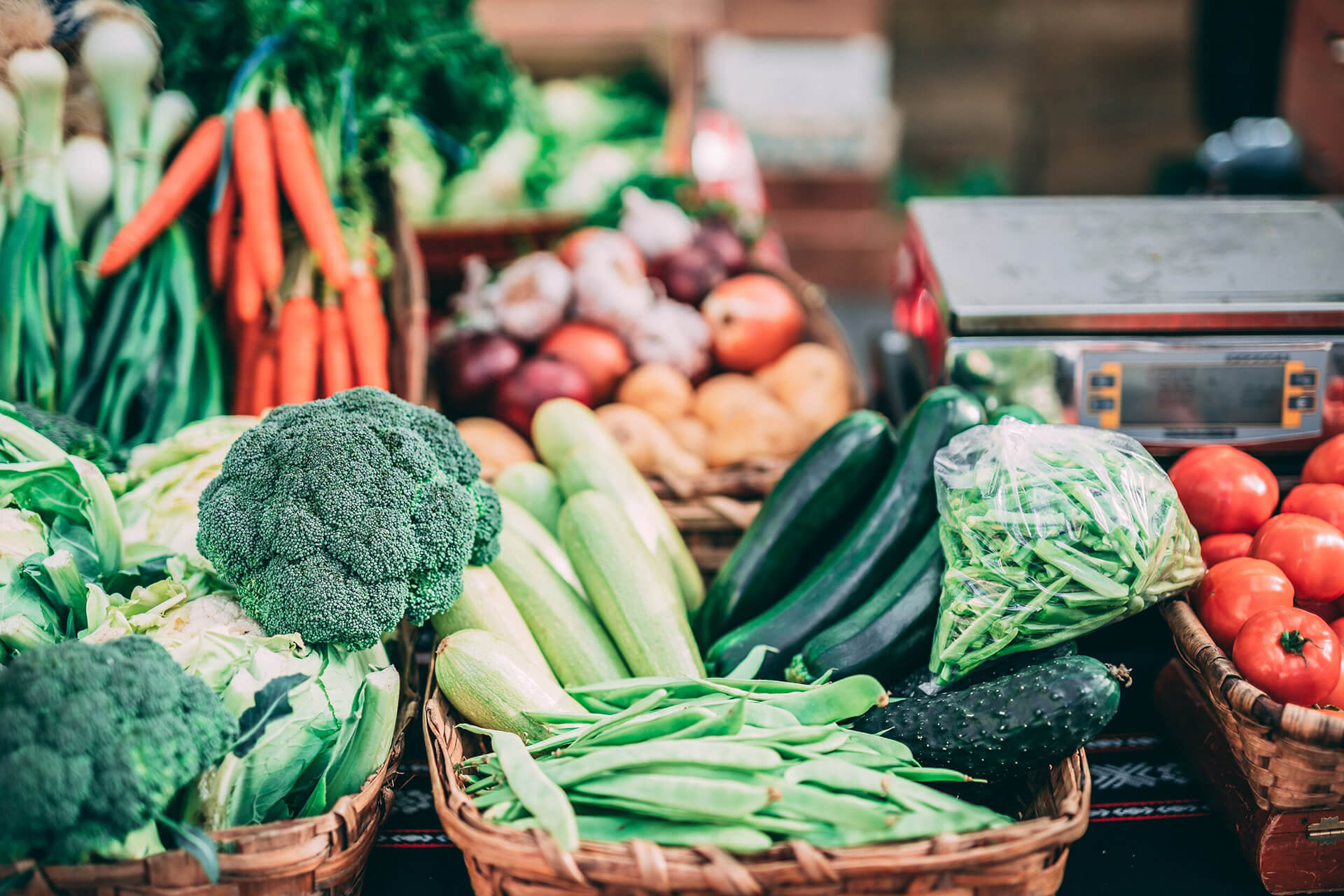 Towards the end of last year, whilst listening to an episode of the Regenerative Agriculture podcast, I was fascinated to learn about a prototype handheld spectrometer being developed by the Bionutrient Food Association in the US, which uses the signature of reflected light from food samples to give a potential indication of their nutritional density.

Although this technology is still in its development phase, and a significant amount of data needs to be collected to calibrate the readings from each food type, it has the potential to enable any farmer or grower to measure the nutrient density of their crop (be it grass, grain, fruit, vegetables and potentially also meat and dairy products further down the line). On top of this, it could also allow consumers to make a quick assessment the quality of the food they're purchasing.

But in nutrition terms, what makes one field of carrots different from the next? It's an important question, particularly as we're constantly being told that we all need to eat more veg - it's now not just 5, but 10 portions a day. But which 10? And where should we be getting these from? This question extends far beyond vegetables and is something more and more people are starting to think about.

For most farmers over the last 50 years, the key success indicator has been productivity, defined by 'yield per acre'. Perhaps inevitably, this has encouraged farmers to strive for maximum yields using intensive production methods, but such systems often result in significant damage to the environment and public health.

In response to this, Vandana Shiva, the Indian campaigner and environmentalist, has been advocating for the widespread adoption of an alternative way of assessing agricultural productivity - “health per acre”, or “nutrition per acre”. In pursuit of this, Vandana and her team have been looking at the differences in the nutritional density of foods being produced by intensively managed monocultures vs mixed organic land across India. A report she published in 2011 states:

"Health per Acre" shows that a shift to biodiverse organic farming and ecological intensification increases output of nutrition while reducing input costs. When agriculture output is measured in terms of “Health per Acre” and “Nutrition per Acre” instead of “Yield per Acre”, biodiverse ecological systems have a much higher output. This should be the strategy for protecting the livelihoods of farmers as well the right to food and right to health of all our people.

Vandana Shiva speaking in London on the challenges of the globalised food system and the need for an enlightened and compassionate agrarian renaissance.

Although much more research of this kind is needed, initial indications are encouraging - in terms of all the major food groups – macronutrients (the carbohydrates, proteins and fats), micronutrients (such as zinc, manganese, iron and copper) and phytonutrients (natural chemicals or compounds produced by plants which are believed to be beneficial to human health), the agroecological farming systems produced significantly higher levels. Similarly, research conducted by the Bionutrient Food Association found that the nutrient value of one leaf of spinach could vary by a factor of between 4 and 14, depending on a number of things, including the type of farming system.

The debate about whether or not food should be considered a 'public good' has been live over the last few years. The current consensus is that because food has a market value and is sold for profit, it should not be supported directly by the public purse. However, there is an argument that nutrition, and access to high quality nutrition should be. And if it could be shown that there really is such a degree of variance between the nutritional quality of products from different varieties and farming systems, at the very least this should be measured and communicated on food labels.

The Sustainable Food Trust has been considering this idea in the context of our work of catalysing the emergence of an international framework for measuring and valuing on-farm sustainability. Over the last four years, we have convened a group of farmers and land managers to lead a process of selecting categories and metrics to measure the sustainability of their farms. In addition to the more obvious indicators such as soil, water and air quality, nutrient management and plant and livestock husbandry, we have also been discussing the farming sector's contribution to public health.

The UK currently has a significant opportunity to change the way farmers are rewarded by the government. Our view is that all policies should be targeted in a way that shifts the balance of financial advantage towards farming in a more sustainable way - producing healthy, nutritious food in harmony with the environment.

The SFT has been selected to run one of Defra's ELM trials, during which we will be testing our proposals for introducing an annual sustainability assessment as a pre-requisite for farmers receiving public money, based on the metrics and indicators our aforementioned working group have pulled together.

One of the indicators we will be considering is "nutrition per acre". This will involve working with the Bionutrient Food Association, Growing Food for Nutrition and the Real Food Campaign to help collect samples of both vegetables and the soil they are grown in, so they can be sent to a lab for nutrient density testing. Once this data set has been built up and calibrated, it's possible that we could start using technology such as the handheld spectrometer to measure this. It might then be possible for governments to consider introducing incentives for farmers who are actively working to improve the nutrition of the food they are producing.

Although we aren't yet able to easily measure food nutritional density without lab testing, it's exciting to know that we could be soon. As such, the Sustainable Food Trust is committed to working with other organisations all over the world to develop the concept of nutrition per acre as a new measure of farming success.

If you would like to learn more about the Sustainable Food Trust’s work in this area and keep up to date with their progress, please see https://sustainablefoodtrust.org/

Published in:
The A Team Foundation
By:
Adele Jones
Date:
March 23, 2020
URL:
https://www.ateamfoundation.org/blog-1/2020/3/23/nutrition-per-acre-a-new-measure-of-farming-success